The Top Government outsourcers took over 6 weeks to pay their suppliers in 2017*, which is 11% longer than just two years earlier, shows new research by Funding Options, the online business finance supermarket.

Funding Options says that many of these suppliers are small and medium sized businesses operating with a small cash cushion. Late-paying clients can easily wipe out a small businesses’ short-term liquidity and even push them into insolvency. 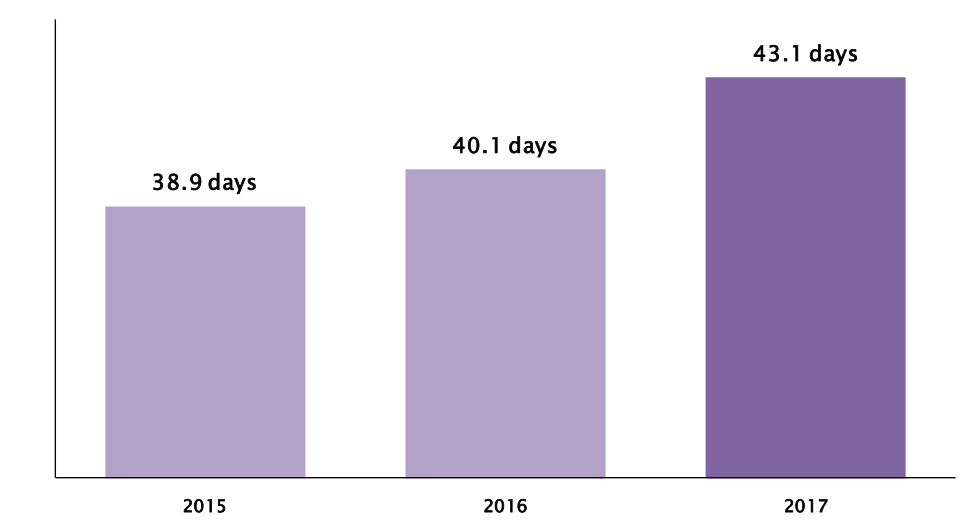 Funding Options says that small businesses who supply Government outsourcers are being forced to wait longer despite those outsourcers benefiting from quicker payments by the Government. Rules introduced in April 2015 require Government departments to pay 80% of their invoices within five days, however outsourcers are failing to pass on this prompt payment to their suppliers.

Slow payment of invoices effectively means that the supplier is forced to give an interest free loan to its larger customer.

Whilst the Government has promised action to ensure that smaller suppliers are properly treated by major Government outsources, that pressure has yet to be translated into speedier payments of invoices.

Funding Options says these late payments are a significant factor in the high number of insolvencies in the construction sector. 2,924 construction businesses went insolvent in the year to September 30 2018, up from 2,645 the previous year**.

“In many ways, these outsourcers are taking advantage of their smaller suppliers.”

“A huge portion of many smaller businesses’ income can often come from just a handful of larger companies. The results can be disastrous if only one of those big clients decides to delay payments.”

“These outsourcers have been given a good deal by prompt paying Government clients, but they are refusing to pass this on to smaller businesses who carry out much of their work.”

“Fortunately, there are financing options available to those that are being forced to wait for payment. Invoice finance, for example, is a quick and simple way to get funding based on those outstanding bills a business has sent their client.”